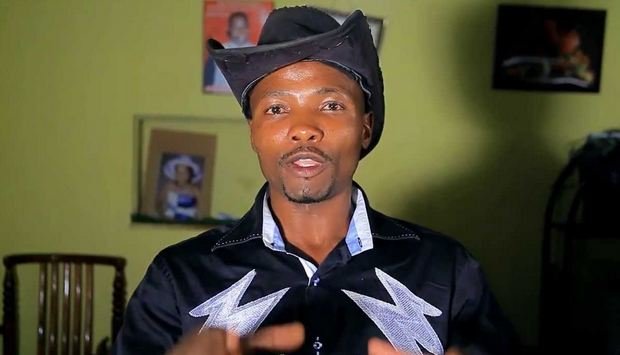 “Those criticizing me have never given me even a single penny, including Bobi Wine apart from praising me. I don’t want to die poor,” he said.

Ndugga is one of the artists who have been singing songs that criticize president Museveni and his regime for not delivering services to Ugandans.

Ndugga was introduced to President Museveni during the great trek walk by the government chief whip Ruth Nankabirwa as a new political ally. Speaking to the media in Kampala, Ndugga said he has been criticizing president Museveni with an intention of getting closer to him because he was tired of poverty.

He said his goals have been achieved by joining ruling party and he is ready to do whatever it takes to keep president Museveni in power. Ndugga stressed that he couldn’t  accept to die poor while in opposition noting that he has never got anything for all the years he spent criticizing the regime.

He promised to deliver clear message to those opposing president Museveni to join the regime so that they can change their life.

“My target of singing those critical songs was to get the attention of President Museveni which have achieved and I don’t regret my decision,” he said.

He urged the young generation to  join the ruling party and stop starving in poverty. Ndugga said he has chosen to be  criticized in NRM than living poor while  supporting  opposition.

He rallied youths to seek for help and connect them to president Museveni so that they can easily plan for their future.

“Bobi Wine told us that we should fight for our rights and freedom, so he is the one who motivated me to look for president Museveni,” he said.

He said Bobi wine doesn’t have a quarter of capacity to lead Uganda after tasting generosity of President Museveni. He urged Ugandans to support president Museveni in 2021 elections.

EXCLUSIVE! Not All is Well With Uganda’s Most Prominent MC, Kats

NRM to Pay Delegates Ugx200,000 as Transport Allowance, Over 3Bn to be Spent

RUTO flew to Turkana empty handed and these PHOTOs of ...