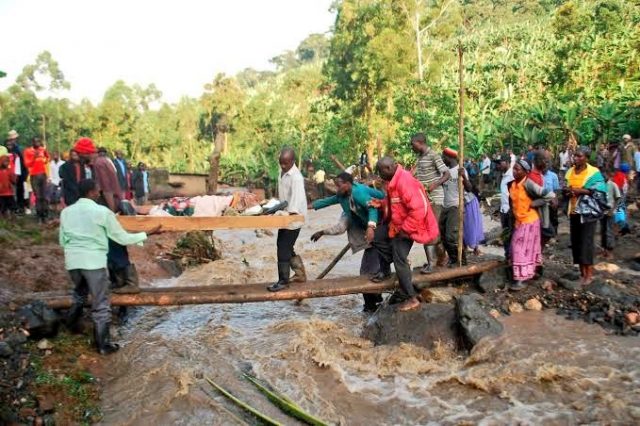 Government has set aside over Shs20 billion for emergency procurement of inflatable boats, tarpaulins, blankets, relief food, drugs for water borne diseases and culverts for fixing washed away bridges under the lifesaving and rescue phase of the flooding and landslides situation.

The releasing of emergency funds follows the second rain season that has caused many killer floodings in several low-lying areas, landslides and ravaging plantations across the country, leaving many dead, and others missing together with lots of property.

According to the Uganda National Meteorological Authority (UNMA), the second rain season has reached its peak in most parts of the country and heavy rainfall will continue up to end of December 2019.

Speaking at media centre, the Minister of state for relief, disaster preparedness and refugees, Musa Ecweru, said Mt Elgon sub region has witnessed multiple landslides in the villages of Namasa, Naposhi and Shukururu in Bushika sub county of Bududa district killing four people, injuring five and displacing over 6,000 people. The minister has however said the review of village’s household registers is ongoing to establish number and names of missing persons.

“Desist from crossing walking across flooded sections of any road or bridge. Shift from homes located in risky steep slopes especially in Bugisu sub region to homes of relatives, friends, Churches, Mosques and School buildings, as a temporary emergency safety measure.” he urged the public

Mr Ecweru said Safe homes in the neighborhoods were identified and requested to accept and host households at risk for the period September to December and providing them with 200kgs of rice, 100kgs of beans, five pcs of tarpaulins and five pieces of Mosquito nets.

He said government will continuously provide them with relief food while at those places of safety as it has done in the past.

“On behalf of the government, I convey condolences to families who have lost their dear members,” he added.

Public libraries: A safe haven for students during holidays

For many women in Colombia, peace never arrived | Colombia

Tanga Tanga leaders 'to be de-whipped' for defying Uhuru