Names marked with an asterisk* have been changed to protect identities.

Jalalabad, Afghanistan – The Zangoui settlement, where members of the Kochi nomad population live for part of the year, is on the edge of Jalalabad in Afghanistan’s east.

It is usually quiet, cut off from the bustle of the commercial and cultural hub.

But on one warm day last month, the calm was broken by the sounds of a Ford Ranger speeding down the road.

A group of well-to-do young men in their 20s get out and start discussing a new drug that has, in their words, gained popularity among young Afghans.

“Hashish is nothing. Opium is nothing. All anyone wants to do now is drop Tablet-K,” said Gharzai*, a fit 23-year-old university student who like his friends, seems to have a hard time concentrating. He admits he has taken the drug.

The pill he is referring to is still largely a mystery to officials, who are startled by its sudden rise, along with crystal meth.

While it took about a decade for heroin to become prominent, both meth and the so-called Tablet-K appear to have become the drug of choice for young people in a shorter time.

Last December, officials from the interior, public health, and counter-narcotics ministries, and the United Nations, addressed the rising use of Tablet-K.

“Even school students have turned to using Tablet-K,” said Mohammad Naseer Sharifi, who runs a programme aimed at reducing drug demand, under the Counter-Narcotics Ministry.

Al Jazeera interviewed Afghans from Nangarhar, Kunduz and Kabul, who said they had used the drug.

According to a news report in April, in the southeastern province of Paktia, health officials said Tablet-K pills had been seized from local pharmacies.

In Jalalabad, Mohammad, who works at a pharmacy, told Al Jazeera the drug could be found anywhere from taxis, kebab shops, rickshaws and even pharmacies.

“We put it in antibiotics packets and when those who know what to ask for approach us, we sell it to them under the guise of medicine,” said Mohammad*, who uses the drug and requested anonymity.

There is very little understanding of the drug’s ingredients.

In 2017, the United Nations has said the pills, likely a form of stimulants, could contain anything from Metahmphetamine to MDMA, but that: “The content of tablets sold as ‘Tablet-K’ in Afghanistan remains unclear.”

Shah Mahmood Miakhel, the governor of Nangarhar province, has said he does not know what goes into Tablet-K.

“The police have to know what they’re looking for, otherwise it just looks like medicine. Also, dealers are smart, they change the code name all the time, so one week they call it ‘potatoes’, another week they refer to it as ‘eggplants,'” said Gharzai, the 23-year-old student, who said he has previously taken eight or nine pills at a time. 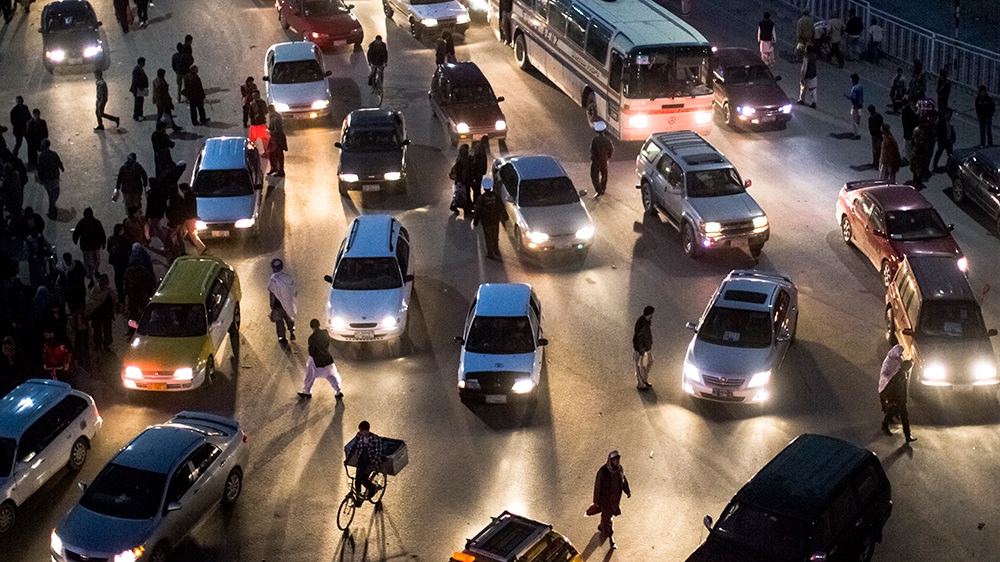 Tablet-K is believed to be more expensive in cities such as Kabul, pictured here, compared with prices in eastern Afghanistan [File: Daniel Berehulak/Getty Images]

Though the drug has spread across several geographic zones, according to reports and experts, users in Jalalabad say the strain sold in the east of the country is particularly dangerous, because it comes from Karkhano, a market area across the Durand Line in Peshawar, that is known as a haven for addicts and dealers.

Because Peshawar lies just beyond the Torkham crossing, users and officials say it is easy for traffickers to bring the drugs across the Durand Line.

This has impacted the price of the pills in the east.

Pills sold in Kabul and the northern province of Kunduz typically come from Tajikistan and cost anywhere between $10 and $100 a piece, but those sold in the eastern zone cost only a few hundred Pakistani rupees each, around a couple of dollars.

However, users in Jalalabad said the cheap pills were “knockoffs” or “bootlegs”, meaning they were less certain of the drug’s contents.

“Today, no young person would dare to use heroin like the junkies do, but how are we to know these Pakistanis aren’t putting heroin in these pills to keep the costs down,” said Saber*, a 26-year-old friend of Gharzai’s.

Heroin is associated with impoverished addicts and low-level criminals in Afghanistan, but the Tablet-K users Al Jazeera spoke to ranged from government officials and journalists to young people who study at expensive schools.

“We barely have proper parks to go to, let alone a party or a club, so you have these young people getting together in their houses to use these party drugs,” said Heela*, a 27-year-old NGO worker in Kabul.

“Heroin is for junkies. Hash and opium are what your father uses or what you use when you have nothing better at your disposal. Alcohol is either too expensive or seen as haram (forbidden in Islam), so bored kids with some money naturally turn to things like Tablet-K.” 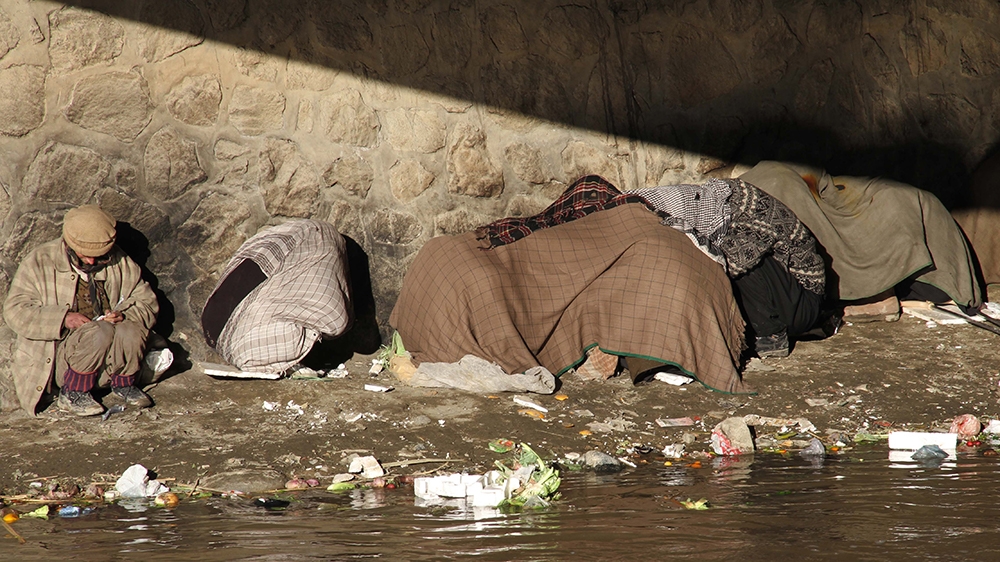 Drugs such as heroin are associated with impoverished addicts in Afghanistan, while Tablet-K has been used by young, wealthy Afghans [File: S.Sabawoon/EPA]

As for the effects of the pill, Gharzai and Saber said they experience a general calming effect, “a lightness”.

Others said they feel their heartbeat racing and that the drug suppresses their appetite.

Some claimed their skin takes on a pale tone after taking Tablet-K.

Mustafa*, part of the Gharzai’s group, said: “There’s so much negativity in Afghanistan, and for those four hours you just finally feel happy and light.

“It’s something we use for fun.”

He described one pill called Silver. Other strains include Pink, which has a Red Bull logo. In Kunduz province, the drug is known as Dollar, with a dollar sign imprinted on each pill.

He told Al Jazeera that customs officials have come across vehicles transporting hundreds of pills in clear, unmarked bags full of Tablet-K.

One raid in February led to the seizure of 900 Tablet-K pills in Sorkh Rod district, just outside Jalalabad.

Miakhel explained that his fight against substances like Tablet-K is a personal crusade for the young people of Afghanistan.

Meanwhile, religious scholars in Ghazni province have highlighted the risk to young people.

Speaking at a recent Friday prayer sermon, which was broadcast on local TV, they said that the narcotics trade is forbidden in Islam and claimed that the increased use of synthetic drugs could destroy society.

“They (young people) all have become addicted to Tablet-K pills. It is more dangerous than heroin, crystal and hashish,” said an unnamed cleric, urging parents to be more aware. “It is a shame for our society.”

Link between alcohol and cancer is ‘ignored by middle-aged women’