Pacific leaders have complained that their message on global warming and the climate crisis the world faces had been “watered down” at Australia’s insistence during an annual regional forum in Tuvalu.

The declaration, issued early on Friday, came a day after a final round of talks at the Pacific Island Forum in Funafuti, attended by Australian Prime Minister Scott Morrison, New Zealand counterpart Jacinda Ardern and leaders from the group’s 16 other member states.

The statement – which fell short of a more ambitious communique endorsed by many Pacific states earlier this week – referred to a climate crisis and reiterated previous warnings that global warming is the most serious threat facing the Pacific.

“The time to act is now,” the statement said.

But there was no direct mention of ending coal-fired power, while calls to limit temperature rises to 1.5C and achieve zero net carbon emissions by 2050 were couched as suggestions rather than demands.

“We came together in a nation that risks disappearing to the seas, but unfortunately, we settled for the status quo in our communique,” Fiji Prime Minister Frank Bainimarama tweeted.

A number of other regional leaders – many of whose island nations are threatened by rising seas – talked tough throughout the summit and criticised Australia’s lack of action on the “existential threat” of global warming.

Their aim had been to issue a compelling global call to action from nations on the front line of climate change ahead of UN talks scheduled to be held in New York next month. 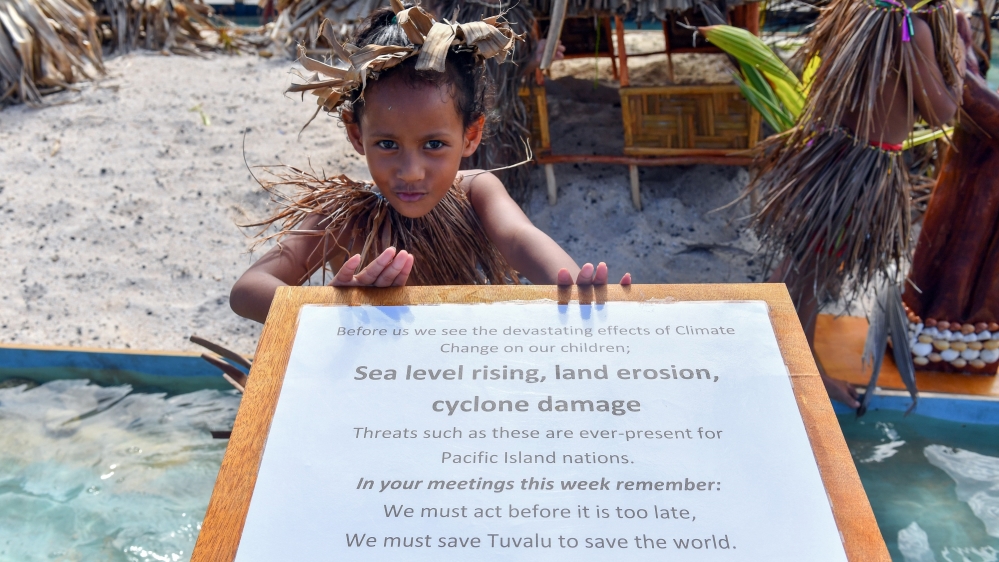 “There were serious arguments and even shouting, crying, people, leaders were shedding tears,” Sopoaga told Australia’s national broadcaster ABC after the summit broke up.

“I think we can say we should’ve done more work for our people,” he told reporters, adding that Morrison was behind the final wording of the communique.

The text used terms different from those proposed by small island nations in regards to emissions reduction, funding for the United Nations’ Green Climate Fund and coal use.

On Friday, the Guardian newspaper reported that the forum’s talks had almost broke down twice amid “fierce” clashes between Morrison and Sopoaga over Australia’s “red lines” on climate change.

Citing comments made by Vanuatu’s Foreign Minister Ralph Regenvanu, the report said there was “heated discussion over the Australian delegation’s insistence on the removal of references to coal, setting a target of limiting global warming to below 1.5C and announcing a strategy for zero emissions by 2050”.

“I understand the deep sensitivity to these issues, particularly where we’re standing. And I showed respect towards that in my engagements … we showed up, we’re stepping up, and it’s getting on,” said Morrison. 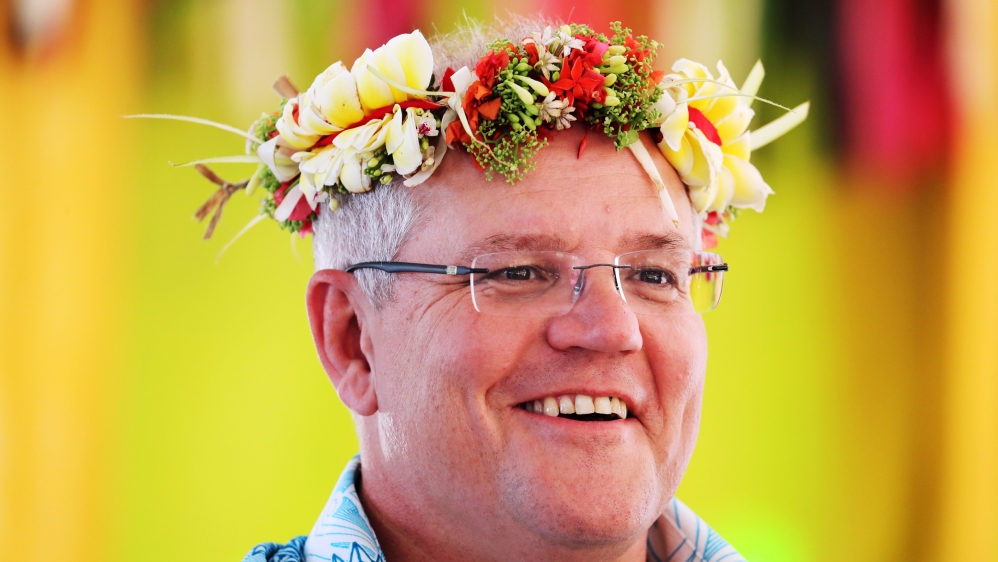 The Australian leader has long championed his country’s lucrative coal industry and despite conceding climate change is real, he has insisted it can be managed in a way that does not hurt the economy.

He also denied differences with fellow regional leaders over climate would damage Australia’s “Pacific step-up”, a push to restore Canberra’ leadership credentials amid China’s growing influence in the region.

Australia, the largest and wealthiest Pacific Island Forum member, fears that Beijing’s long-term plan is to establish a military base in the Pacific.

But Samoa’s Prime Minister Tuilaepa Malielegaoi said this week that Pacific leaders would not turn away a generous aid donor.

“Their enemies [Australia and its allies] are not our enemies,” he said.

Activists, meanwhile, called on Australia to show greater leadership in a bid to avert catastrophic climate change in the region.

“At all levels in the Pacific, we are being hit by this crisis and we really need everyone in the region, particularly our larger partners like Australia, to be pushing ahead to do the right thing,” Joseph Moeono-Kolio, Greenpeace International’s head for the Pacific region, told Al Jazeera.

“It means that many of our communities are having to decide whether to stay in their ancestral homes or … leave forever,” Moeono-Kolio said.

“It’s very much existential, a lot of people will talk about climate change as a far-off thing that might happen but in the Pacific, it’s our daily reality now.”

Here is the name of the man that UHURU wants to...

Uhuru and Raila take handshake to US meet : The Standard

Step up battle against the corruption menace